Enter Your Info Below And We Will Send You
The Latest News on Packaging Experience Summit.

Thank you!
We will send you the latest news on
Packaging Experience Summit.

Oops! Something went wrong while submitting the form

Ryan is a Creative Director at Ten Gun Design, a full-service creative agency that combines smart design, innovation, and agility to engage audiences in compelling ways. Ryan has well over a decade of design proficiency in print, dimensional and digital experiences working for clients such as Xbox, EA, Monolith, T-Mobile, Seattle Children’s Hospital, and Microsoft. He is motivated by a desire to create meaningful design solutions that span multiple mediums. (Family, Tuscany, Mid-century modern architecture,and good eats are also strong motivators.)

Ryan’s work has been featured in Print Magazine, How Books, Design Matters, and The Rockport 1000 series. He has been recognized by The American Design Awards, The Seattle Show, Mi6 Awards and the West Coast Show. His 8 and 5-year-old daughters also think he's pretty cool. (Although, that will probably not last for much longer.)

As SKUs increase and omnichannel selling becomes the norm, packaging systems are becoming increasingly complex and must adapt to an environment of constant change. Discover how Ten Gun Design tackles these challenges by utilizing web-based tools and in situ digital prototypes to make more informed decisions for packaging. 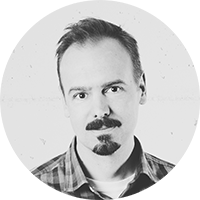 Copyright © The BoxMaker. All Rights Reserved.